Showing posts with the label Bhubaneswar
Show all

How to check validity of a Uber referral code

By abhishek maurya September 05, 2016
People of Cuttack, it’s time to keep ₹20 notes handy. All uberAUTO rides across Cuttack will cost FLAT ₹20. That’s right – no promo codes, no cashbacks. Just request an uberAUTO, hop off at your destination within minutes and pay only ₹20.

By abhishek maurya June 10, 2016
Bhubaneswar, it’s time to keep ₹20 notes handy. All uberAUTO rides across Bhubaneswar will cost ₹20, flat. That’s right – no promo codes, no cashbacks. Just request a ride, hop off at your destination within minutes and pay ₹20.

By abhishek maurya June 09, 2016
No Promocode required, just you have to take ride with Paytm wallet payment option selected, rest Uber app will take care off and cashback will be deposited after 7 days of taking ride. Read in details here..

By abhishek maurya May 11, 2016
You always take ride, loyal to uber, so why not participate in this lucky contest to win gold coins. There is no extra steps to do, no need to take unnecessary rides. Just take ride what you usually take and win 24 CaratGOLD COINS this akshya tritiya festival.

Kolkata City Offer
All you need to do is apply the promo code GOLDKOL and take three rides in Bhubaneswar from 10th May to 15th May, 2016!

Bhubaneshwar City Offer
All you need to do is apply the promo code BBHGOLD and take two rides in Bhubaneswar from 2nd May to 8th May, 2016!

Visakhapatnam City Offer
All you need to do is apply the promo code VSKPGOLD and take three rides in Vizag from 3rd May to 8th May, 2016!

By abhishek maurya April 22, 2016
7 new  cities on 2nd july and planning to reach total 50 cities by year end. With every new city Uber needs more and more drives in its wing. You can be one and earn your dream income.

Still not on Uber: Sign up and get 1 free ride
Continue reading »

By abhishek maurya April 02, 2016
Uber is already cheapest ride in town but they are bringing another cheaper ride which is uberAUTO. This option in app will call an nearbuy auto-rickshaw for your short ride in city with minimal fare starting with Rs 15 only. Uber is launching this service in Coimbatoreand Bhubaneswar.

By abhishek maurya July 01, 2015
Today, the company announced that it is expanding to seven new Indian cities that include the likes of Bhubaneswar, Coimbatore, and Indore, among others.

We’re thrilled to launch Uber in these 7 new cities, marking the start of the next chapter in our journey in India. The rapid 40 percent MoM growth we continue to see in India is unprecedented and it is not surprising that some of the fastest growing cities in the world are also here. -- Uber’s Neeraj Singhal

“Our data already shows that residents and visitors in each of these new cities have been eagerly waiting for Uber for some time now and we expect to see a similar response here. Our focus on continuously leading the way on safety and creating thousands of new entrepreneurs will drive our growth ahead!” he added.

The new cities to get Uber services include Bhubaneswar, Coimbatore, Indore, Mysore, Nagpur, Surat and Visakhapatnam. The company says that this is the largest number of new international cities Uber has ever launched …
Read more
More posts

Popular posts from this blog

By abhishek maurya April 09, 2017
Uberpromo.in provides latest, verified uber promo code for sign up with first free ride worldwide. You will get free ride worth as per your current city only such as $20, £ 15, 3 ride worth Rs 75 each for India etc. Uber mobile app detects device location automatically.

By abhishek maurya November 29, 2016
This uber post explains the use if mobile ride booking website. Uber added a new option recently to its website to book ride online in mobile or laptop without using mobile app. This site makes it pretty convenient.

By abhishek maurya December 08, 2015
Update: Banned account is a pain, I have many friends who got locked out form Uber due to suspicious activity, some got their account enabled again after some conversation with Uber support and mostly are banned for life. Here is one scenario when you account may get banned. Read this story till end to get the idea.

Recently uber had this scheme of "refer someone, that refferal gets 600 credits and you get 600 when he makes his/her first ride".

I earned many credits. But soon my account was closed down.
Now whenever I try logging in from any acount in my phone  it gets banned within few minutes.

Is there any solution or any hack to avoid this and get my acount back ? I still have 5k credits left in my account and I desperately want it.

Your Uber Free Rides are here 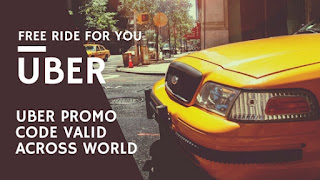